I've wanted to learn how to play drums since I was in my early 20s at least, maybe late teens. I don't remember, just that it's been a very long time. But I never got around to it, didn't know how to start, didn't have the money for drums or lessons, etc.

But you know what? It's simple. I could have started years and years ago, if I'd only known. It's simple and fun and I just started and why didn't I start back when I first had the idea? If I had, I'd be really good by now.

When I picked up the drumsticks for the first time on Wednesday, I was terrified. Yes, I was by myself in my own house and no one was going to care. I was still scared. Because it was something I'd wanted to do for so long, I'd put a lot of emotion into learning.

I was, of course, terrible. I have a booklet (two booklets, actually) of exercises and directions, and I was practically shaking when I started going through it. At the end of my first 20-minute or so practice session, I was exhausted.

Now, after only a few days, I'm still terrible but I'm no longer scared. The reality of actually doing this thing I've been dreaming about for so long has dissipated the emotions involved. And I really enjoy drumming. I want to get good at it. I look forward to practicing every day.

So if there's something you've always wanted to do but didn't think you could for whatever reason, just start. Go do it. Now! Look online for help with beginning, get a book from the library, whatever. You don't have to shell out a lot of money at first. You don't even have to talk to another human being if that makes you nervous. Just start. The you of 20 years from now will thank you.
Posted by K.C. Shaw at 8:27 PM 4 comments:

I saw the Lego Movie a few weekends ago and it really is fun. I enjoyed it a lot and I'm one of millions brainwashed by the "Everything Is Awesome" song. It made me remember how much fun it is to play with Lego bricks too, so I bought a few inexpensive sets and had a great time building from the instructions. I thought I could pick up a box here and there as I could afford it, and eventually I'd have enough bricks to build whatever I liked.

Since I've now written seven Lizzy and Jo short stories, a novella, and I'm working on a novel with those characters, naturally my goal is to build an airship with Legos and play with it when I'm supposed to be writing. I can't afford the big Lego sets that would allow me to make an airship yet, but there are a million Lego mini-figures and I thought I could get some and mix and match their parts to make Lizzy and Jo figures.

The problem is, Jo is a black woman. I thought it wouldn't be hard to find a POC female Lego mini-fig, but I was wrong. There aren't any. Confused, I went to the official Lego site to see if I was missing something, and I found this.

It's under the frequently asked questions, so I'm not the first person to notice that hardly any Lego figures have brown skin. They say the yellow is a "neutral color" and they didn't want to assign specific ethnicity.

Because everyone knows that yellow is neutral, right? Right?

They also say they will use different skin tones for figures based on movies and so forth in which they're going for more realism, but somehow that's different. Because I guess there aren't that many Lego sets based on movies, and anyway we all know how diverse the typical movie cast is, right? Right?

But don't worry, there ARE Lego minifigs out there that have brown skin! In addition to some really, really hard to find sports figures (mostly basketball players, all male), there are: 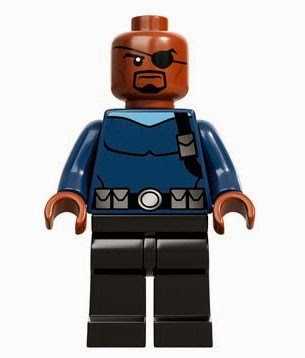 Nick Fury, from the superheroes set

Vartruvius, from the Lego Movie--you know, the movie in which all the other characters (except Shaq) have yellow skin, because this is not based on real life 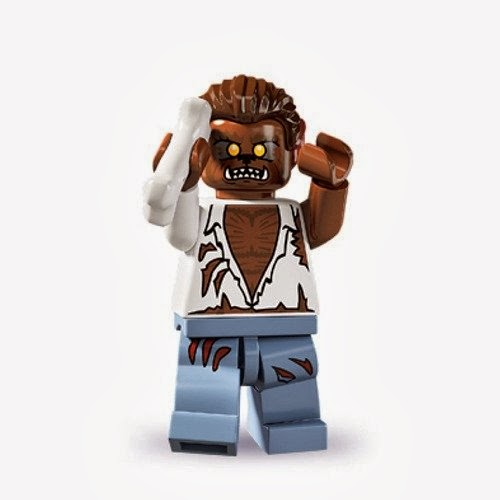 And a werewolf! Although I guess that's supposed to represent brown fur. I guess. I hope.

I sent Lego a short, polite email asking if they could make more female figures, and start making some figures with brown skin. They never replied. Edited to Add: OOPS, should have checked my spam filter before I wrote that: they did reply, with a long and canned-sounding (but polite) response in which they said (in part) this: "we believe skin color is not important so we've given most of our mini-figures a neutral (yellow) skin." /headdesk
Posted by K.C. Shaw at 4:09 PM 4 comments: