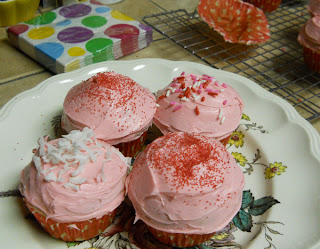 Because this book has so many plotlines and so many characters (I'm writing it in omniscient, a point of view I very rarely tackle, but which is the only one possible for this particular narrative), I've installed Scrivener in hopes of keeping things straight. So far I like it all right, although it's very different from working directly in a single Word document with another document open to keep worldbuilding notes, plot notes, outline, a list of characters and placenames, cut scenes, and so forth. Scrivener can hold everything at once, and when the rough draft is done it's supposed to be easy to export the files I want into a single Word document. We'll see how that goes.
Posted by K.C. Shaw at 10:41 PM

I've never used Scrivener. I'm interested in hearing how it works out for you.

It's different, that's for sure. So far I find myself avoiding using it, which is annoying me because if I don't use it, I won't know for sure if I like it. I'm going to make myself do a lot of writing this weekend.