The Next Big Thing

Fellow Inkbot and excellent writer Emma Maree Urquhart tagged me on the Next Big Thing. I've actually done it before, or a version of it, but it's been a long time and I'm now working on a new project (as usual).

In fact, I'm working on two. I started some serious research for a YA steampunk story at the beginning of the year, and I've started writing it. But that's not the project I'm about to discuss.

What is the working title of your book?

The Adventures of Lizzy and Jo, Air Pirates

Where did the idea come from for the book?

I never write short stories. I just don't. But another Inkbot, Rob Haines, gave our group a heads-up on a new anthology series from UK publisher Fox Spirit, and I got interested in writing a steampunk story for the pirate-themed anthology. I already had the world built for my YA WIP. Suddenly I not only had an idea, I had two main characters, a setting, backstory for both, and a burning need to write about them. Oh, and here's the table of contents for the Pirates "Fox Pockets" anthology. My story's called "Skyway."

What genre does your book fall under?

Which actors would you choose to play your characters in a movie rendition?

I don't know anything about actors. I know exactly what my two main characters look like, though. Let me do a search.

Okay, here's Pia Glenn, who is so elegant-looking that I know she'd make a good Jo. 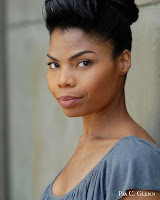 And Lizzy, hell. She just looks like Joan Jett.

What is the one-sentence synopsis of your book?

Former highwayman Lizzy and runaway bride Jo take to the skies in a stolen airship in search of adventure, loot, and new lives.

Will your book be self-published or represented by an agency?

Since this will be a short story collection, most of the stories will be published in various anthologies and magazines over the next few years.


How long did it take you to write the first draft of your manuscript?

I've written three stories in about six weeks and don't want to stop.

What other books would you compare this story to in your genre?

I'm still reading my way (increasingly obsessively) through the steampunk genre, and so far I've been discouraged by the lack of fun I've found. Steampunk is fun; it's inventive; it's enthusiastic about the cool stuff from the past while jettisoning the bad stuff or dealing with it in a more modern way. So why are so many steampunk books gritty grimdark terrible things are happening and we have no sense of humor? I'm sure there are books out there like the one I'm writing. I can't wait to find them.

Who or what inspired you to write this book?

When you immerse yourself in a genre that's also a growing cultural movement (and yeah, I do think it is), you get sucked in. I always thought steampunk was cool. Now...well, I don't own a pair of goggles yet, but it's becoming more and more likely.

I'll take a cue from Emma Maree and just tag all the Inkbots. Because I'm lazy that way.
Posted by K.C. Shaw at 12:40 PM

Three stories in six weeks? I need some of whatever you're on.

I love the one-sentence synopsis too. I'd steal it, except that wouldn;t make any sense.

It's going to be AWESOME.