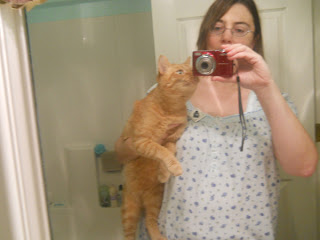 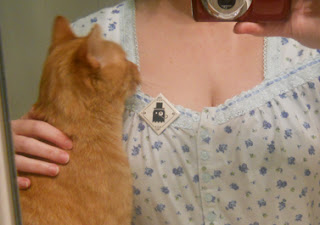 This seems like a propitious time to remind everyone that there are only three days left to enter my Goodreads giveaway for a copy of Evil Outfitters, Ltd. AND a copy of the original edition of Jack of All Trades, its companion volume. Jack of All Trades has been reissued by Double Dragon, and I got an email this morning letting me know that it's available now as a print book for anyone who wants the new edition (which includes the short story "The Neverstone").
Posted by K.C. Shaw at 9:15 PM

BTW: earthquake thereabouts? Sounds like another thing to add to your nano...

What? WHAT? Earthquake? I miss everything.

Actually, I just looked it up and you know what? I felt that! I was (of course) sitting at the computer and the bed behind me shook like Jekyll was jumping all over it, as he sometimes does. Then I realized he was outside. So that must have been the earthquake!

Kind of a letdown, actually.